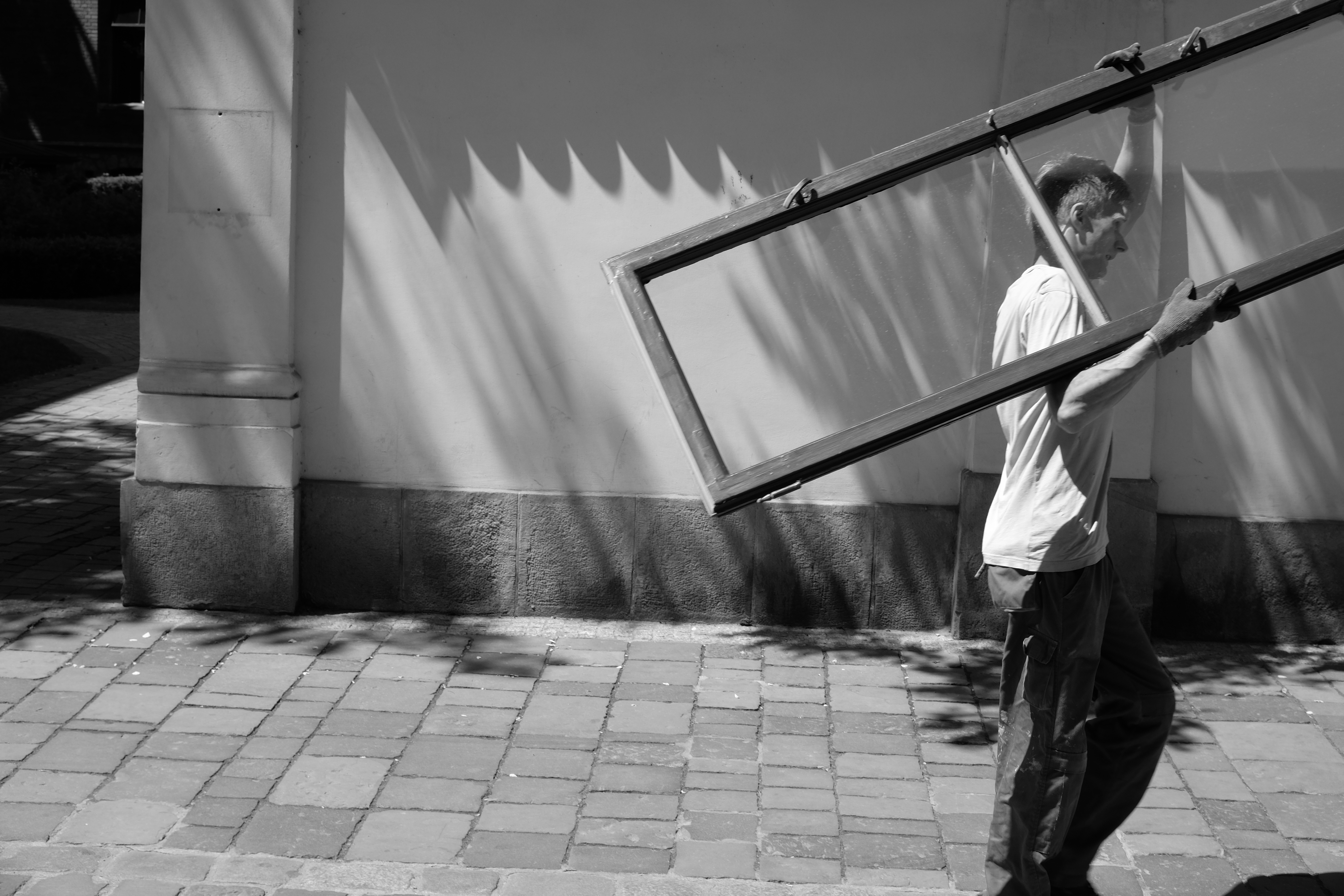 Trying to emulated another photographer’s style and photos isn’t an easy task, especially someone who was around at such a different time when the scenery was different, people acted differently and there were fewer people. Still, I found trying to shoot like Henri Cartier-Bresson to be a very rewarding and interesting experience that taught me a lot and got me outside of my photographic comfort zone.

Back in Black (and white)

For the last year, I’ve shot about 6 rolls of black and white film, but other than that, everything has been colour. Colour is what I naturally gravitate towards as I often find there is an element of colour that adds something extra special to a photo. However, shooting in Black and white is different to colour, you need to look for different things and you can’t get away with shooting someone’s bright red hat for a “good” photo.

Going back to black and white made me really have to consider what people were doing and not stick to interesting colours. In the past, when I’ve shot black and white I’ve usually used the electronic viewfinder on my Fuji X100t to get a preview of how the photo will look, but I didn’t this time. That’s because I was trying to emulate how Henri would shoot and he didn’t have that option. Instead I used the optical viewfinder and relied on thinking about the differnece in background and foreground.

Even light is interesting

Linked to shooting in black and white was my attempt at using more even light in my images. Henri often used these plain backgrounds and constant lighting rather than dramatic lighting. This is a change from what I’ve been focusing on for the last year and took some time to adjust my eyes to.

However, once I had shifted my vision I noticed the benefit of grabbing more of the figures in frame and focusing more on people rather than light. This is something I want to work on more and is a real change for me. At the same time, I’m also really interested in using these shafts of light for dramatic bold effects…so we’ll just have to see.

50mm for a change

I’ve shot 35mm for almost two years solid with a few exceptions of portraits here and there and a few film experiments. Changing to 50mm was not easy. I found that I really needed to bend my knees more (I’m fairly tall and so with a smaller frame you cut off people’s legs more as you’ll see from my results) and I had to stand back more than I’d usually do so.

Apart form that, using a 50mm lens was a good experiment again and nice to get out of my comfort zone. Seeing as I was taking some photos as at a friends wedding that same week and I knew I’d use the 50mm lens for that, I kept it on and kept shooting with it afterwards. I still prefer 35mm and I’m eager to even get to try 28mm soon (I just need to find a master to justify it) but maybe I’ll add in a bit more 50mm too.

my most Henri shot?

Getting into another photographer’s head isn’t an easy task and trying to mimic the style of a historic photographer isn’t easy without the “right scenes” or social climate. Still, I think I managed to “steal” a couple of ideas and immitate Henri Cartier-Bresson okay. The photo I feel I got closest to him was this one. 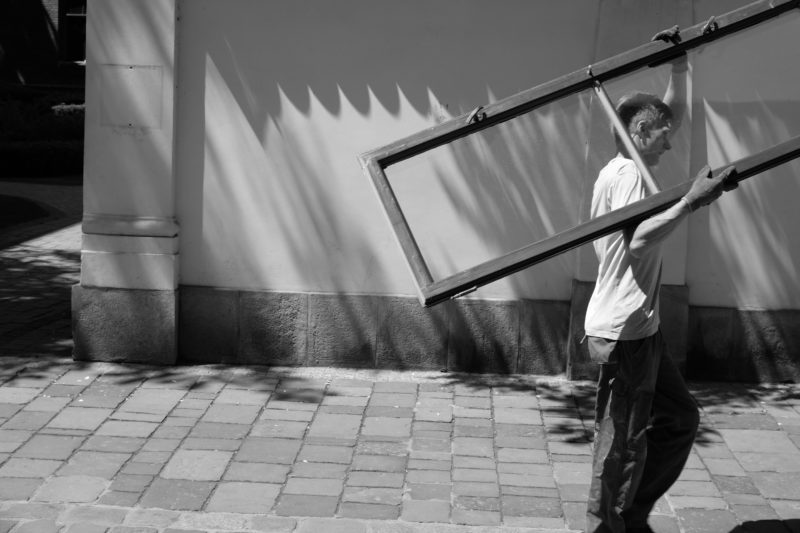 Certainly there are issues with this image, cutting off the feet wasn’t great, nor is the fact that I cut some of him off out of the frame. However there are interesting lines and frames and it feels more classical than some of the other images I shot. It was also very candid which fits in with Henri’s approach.

Here are a couple more examples of attempts at shooting like Henri. I’ve not included every shot from the day, but the better shots.

What I’m taking from this

Funnily enough, a lot of this experience confirmed my different approach in several areas. I still prefer 35mm (and even 28mm) to 50mm and I still prefer colour over black and white. However, the even light and not relying on sharp light and contrast really struck me. I’ve certainly been trying to use that more in my photos since then.