You are here: Home / Inspiration / Behind the Photo: the Girl on the Train
Share5
Pin
Tweet
5 Shares

In February this year I visited my friend Oliver Krumes in Berlin and we went out shooting photos. During that time I snapped this picture and I wanted to start a new series of mini posts revealing the thought process and events that lead to different photos. I hope you’ll see that in some cases it was about decisions I made, but it was also a lot about just being out and open to what the world offered. This photo is more of an example of the later.

Oliver and I had been out hunting for photos and spent some time around Berlin Hauptbahnhof, the main station. There was a lot going on there with people milling around and the abundance of windows is great for getting reflected light and shadows. It certainly suits Olivers style of street photography. 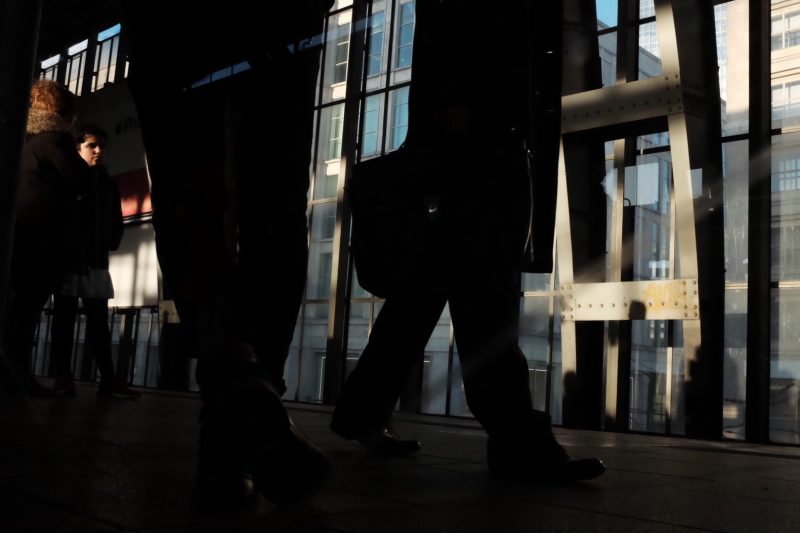 This was also important for the settings of the photo I took, because we were focusing on reflections and light, I had set my camera to automatic mode and I was exposing by eye. My ISO was set at 400 or so, I was on F/8 and 1/250. This should have meant objects in direct sunlight were “correctly” exposed (using the sunny 16 rule). I did, however, adjust my settings as I went around depending on the scene.

After a while, we made our way in to catch a train. We were still using the same settings here but I opened up my aperture a bit to deal with the reduced light. There were still some shafts of light so It was tricky to find interesting compositions. Eventually our train came along and we boarded.

We were chatting and I had my camera around my neck, I was glancing around to see if there was anything interesting. Just then our train stopped and the moment presented itself. The light was falling on her face and she had this expression gazing off into the distance.

I turned so Oliver was looking at me and I was talking to him. I then took a quick snap without raising my camera so that I got something even if it was probably not the best image (one of the advantages of digital). Next I slowly moved closer and shoot twice more framing as I went. Then we moved on and the light was lost. 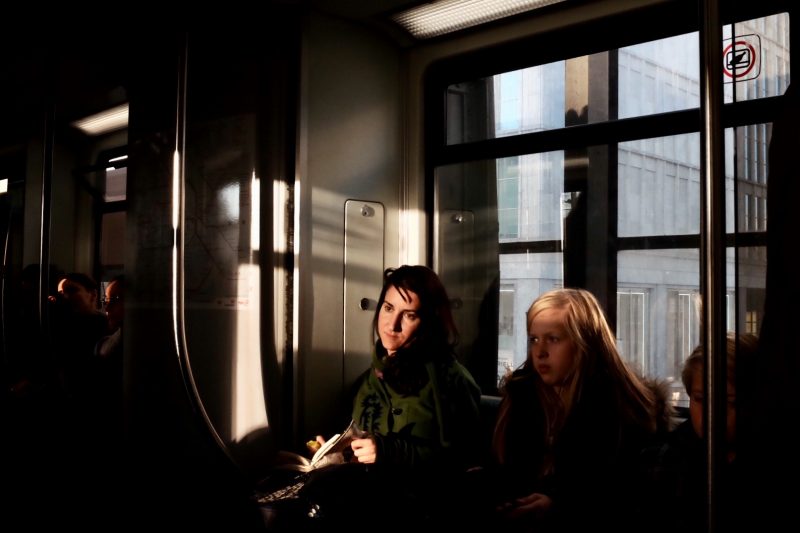 The photo wasn’t perfect, I didn’t have my camera quite level and didn’t get as close as I would have liked. Still I caught her expression which is what I was going for.

My shooting partner and previous shooting made this photo

If I hadn’t been going around with Oliver and shooting that style of photos before we entered the train, I probably wouldn’t have been looking for the situation which lead to this photo. It shows that you find what you look for.