I’ve just crossed my one year anniversary with my Fuji x100t (blows out candel) and in that time I’ve barely touched my Olympus gear (a couple of headshots aside). What I mean by that is I love (LOVE) this camera. It’s seriously amazing and has some features that make it a wonderful street photography camera… However it’s not perfect, so here are my Fuji x100t gripes after one year with the camera

This annoys the heck out of me and I’m sure it will annoy every Fuji x100t owner, sometimes when using the autofocus (back button of course) the camera will produce an “focus errors” message. It seems more common with a filter attached and focusing up close (I think the focusing elements push against the filter). This can usually be solved by turning it off and on again and then either focusing without the filter (if there is one on) or manually moving the focus. I can go through long periods of this not occurring…and then it will happen repeatedly and when it happens, it’s really annoying. 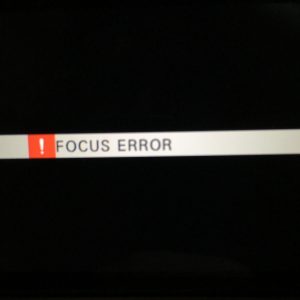 This was one of my biggest requests for the next Fuji x100 follow up as I could immediately see the value of being waterproof (at least more so than the current one). It just helps to remove the fears and worries that you might have when you go out shooting in the rain or when the rain suddenly comes down and drenches through your pocket. Not having waterproofing makes me worry that I’m going to wreck my not cheap camera just because the weather turns. It’s especially aggravating considering rain is a great time to shoot. It’s not impossible to shoot in the rain and a single drop won’t ruin it, but I have to be more cautious than I would normally.

The viewfinder wake up lag

Battery life could always be better on anything. I can usually get well through a day of regular shooting or half a day of pretty intense shooting but I’ve adapted to turn my fuji x100t off when I’m not about to shoot so that I’ll save power. I also use just the optical viewfinder to save some more power (I prefer the optical in general but I’d like the lcd to display settings too). More battery power would mean fewer worries (but it would probably be heavier…)

Okay, this one is a bit more personal, subjective and uninformed…but it’s still a personal grievances. I find the RAW files hard to edit. Now I am no lightroom or post processing expert but my experience is that if I try to do more than the lightest of touching on files, then they just go wrong. Having said that, I really love the fuji files with no edits, so it’s not the worst problem in the world. I say this in contrast to Olympus files which I don’t like that much straight out of camera but with a bit of editing, look fantastic!

Accidentally turning the camera on

Every now and again I accidentally turn the camera on and drain down what little battery I had. Again this isn’t a very common issue, but after a year of owning it, I can remember a number of times when it occurred and left me with no battery for the day.

This is something I haven’t seen other people mention and so makes me think I’ve done something here. My fuji has become a little stiff to switch off and I don’t know why. A guess would be there is some dust or something which is making it stiff. I’m sure I can work it out and get it loser again but still it’s something I’ve noticed

At first I loved the focusing ring on my Fuji, I had heard complaints but didn’t see what the issue was. It was smooth, didn’t freely glide and let you use both back button focusing and the ring. However, having used a manual focus lens (on my Olympus SP35) I now see how a different focusing ring could be useful. Having a point to hold which has corresponding reference points (infinity, 3m, 1m etc.) would be really handy for street photography and zone focusing. At the same time the autofocus on the Fuji X100t is great, I’d hate to lose that.

As I’m sure you’ve noticed, If some of these gripes were “fixed” they’d almost certainly cause some reverse gripes. It’s one of the reasons I no longer care for a full frame version of the x100t. I don’t need even shallower depth of field and having a deeper depth of field at night is very advantageous in street. If there were two little changes I’d like to see fuji make, I’d love a more waterproof camera and one which didn’t have that pesky focusing error!

What are your Fuji x100t gripes?

Do you have any fuji x100t gripes? Anything that gets on your nerves or is a real problem? Leave a comment below.