I had kept a low profile in sharing my photos recently. It was part of a bigger trend in not being as active online and enjoying a bit more downtime, chess and working on taking photos. Let’s be honest, it’s much better to take photos than talk (or write) about taking photos (though the latter two are often easier, especially in the cold winter). In addition, although there is a rush of endorphins from people liking your photos, I still prefer getting out, getting the blood pumping and the shutter clicking.
Over the last couple of months I haven’t really felt that inspired by what I was shooting. I tried a few different things and paid attention to some things I hadn’t before. To be honest, I thought it was all a bit average but I kept shooting. I honestly didn’t care about the result, I cared only about getting out and enjoying the process.

What surprised me was when I did come back to sharing and shared a couple of images I though were “okay I guess,” I had some very positive reactions (I’m including them below). One was a tribute to Matt Stuart and his famous pigeon walking photo. The other was of a group of landscapers who were pretty far off in the frame. The reaction was very positive. 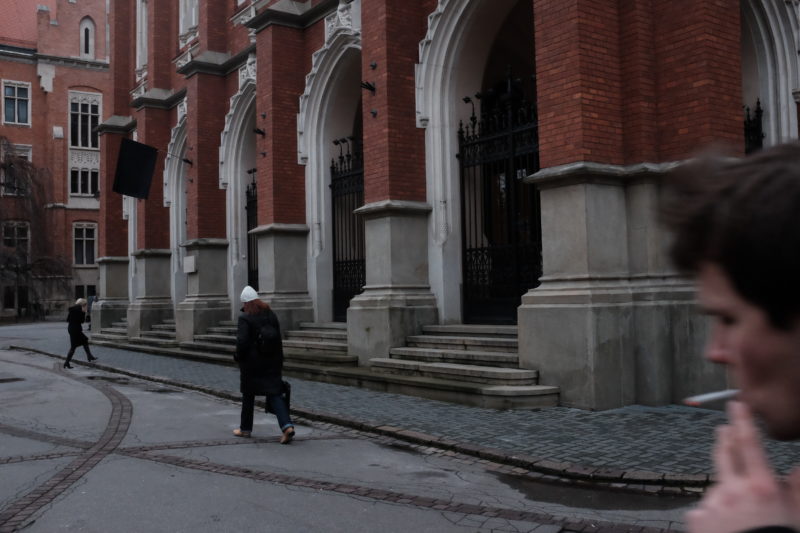 Then I noticed two women walking down the road and saw they both had red hats, but one had a white coat and the other a black one. Apart from the obvious symmetry and contrast, I loved that this reflected an aspect of Polish society at the moment with both liberal and conservative wings appealing to polish nationalism with the flag , yet there have been the black protests as well as the far right anti-immigrant groups who have dressed in black and red too. 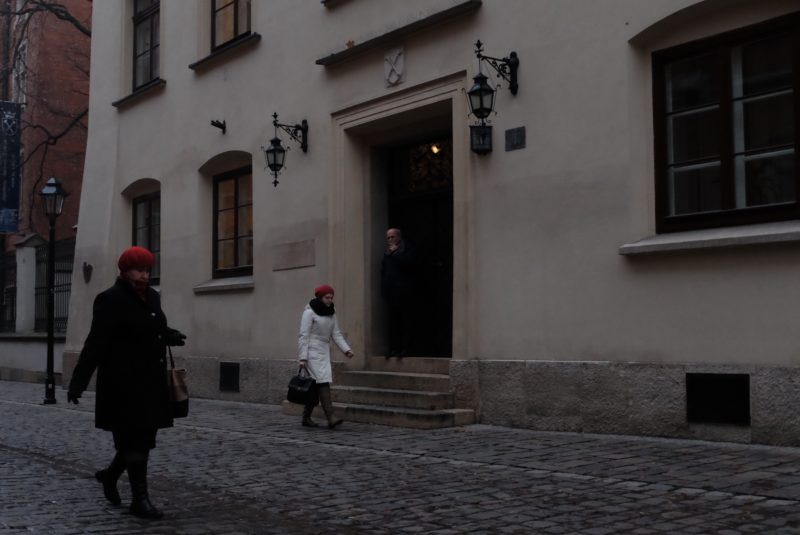 Basically, I felt like I had finally taken some good photos after weeks of nothing.

It reminds me of Dory in Finding Nemo (I haven’t seen Finding Dory so I can’t comment on that) where she says “just keep swimming”. I have “just kept shooting” the last few months and themes are swirling around, Ideas have semi formed and there are photos I didn’t necessarily appreciate at first. But I kept shooting and I will keep shooting. Maybe I won’t take a good photo for the next year, who cares. It still enjoy it and every time I go out, I increase the odds of taking a good photo at some point.