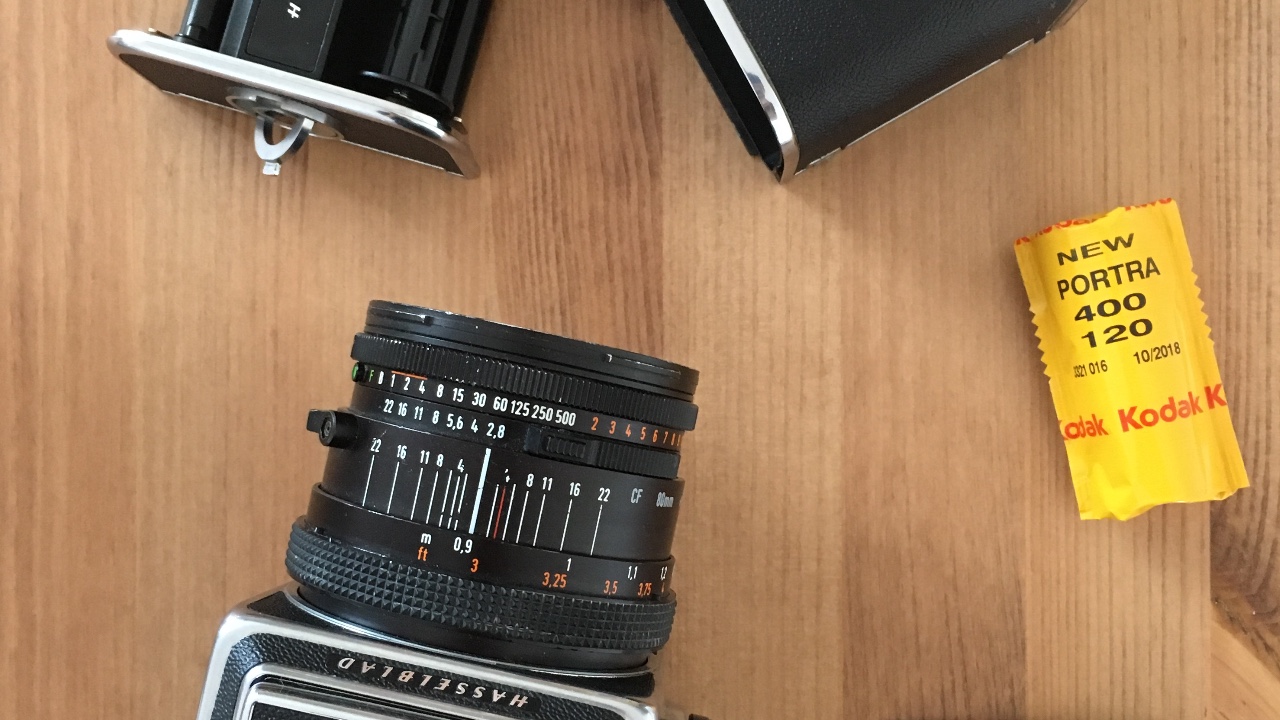 I’ve picked up a few photo books again recently and started looking at some more masters’s works. I tried to identify aspects of these photos that I liked and why I preferred them to other photos and started noticing a few trends. One of these was that I really liked medium and large format photos. This sent me down a bit of a rabbit hole in YouTube videos and general interested in old film cameras. In February time I managed to pick up a secondhand Hasselblad 500cm and despite not using it that much up to now, I’ve started to shoot with it a bit more. And the magic is real.

This has lead to me launching a new little project.

I got to shoot a roll of expired 120 tri-x 400 in London with some very mixed results. Adjusting to the mirrored waist level viewfinder was not easy. Nor was metering by eye on an overcast day. Still, I used an app on my phone and over exposed (film latitude is really great) and got some decent shots.

Although I spent most of my trip in Berlin shooting digitally, on the last morning I took the Hasselblad out again. Unfortunately, I think I loaded the film incorrectly and I didn’t focus correctly as well. As such it lead to some images not coming out right (or at all). At the same time, there’s a charm with film mistakes that you don’t get with digital images.

A couple of weekends ago I set of to Hamburg for the international sketchnote camp and brought my Hasselblad along with me. I’m not sure what gave me the push to shoot with it again but I was glad I did. Despite my film being scanned several times, it didn’t seem to lead to any major impacts on the film. Instead it left me with these results.

It’s pretty tricky to use a Hasselblad to effectively shoot “classic” street photos. With objects moving so quickly, the much shallower depth of field, the weight of the camera and the slow moving focusing ring, it’s tough to capture those dramatic moments. Instead you have to slow down, focus and work on backdrops and use a “stages” approach to shooting rather than a “hunting” approach. Or a “fish” instead of…’follow or rhymes with duck” as Matt Stuart might say.

Still, I love the atmosphere and depth that you get from medium format images and that different sense from the more deliberate process. I certainly feel there is a different impression from these images than those which I shoot from my Fuji x100t or other cameras.

I want to play more with medium format and I’ve just grabbed a lightmeter and a PC sync cable so I can trigger some flashes for some portraiture. 120 film isn’t the cheapest way to shoot so I’m not going to limit myself to only shooting the Hasselblad but I want to use it more and see where it leads.

As a final note, I set up a separate instagram account for my Hasselblad photos, 6by6film. Apparently this is something you should do on Instagram. Keep a separate themed account and have a consistent style. I suspect it will end up being mostly black and white but I do have a good few rolls of Kodak Portra to shoot.