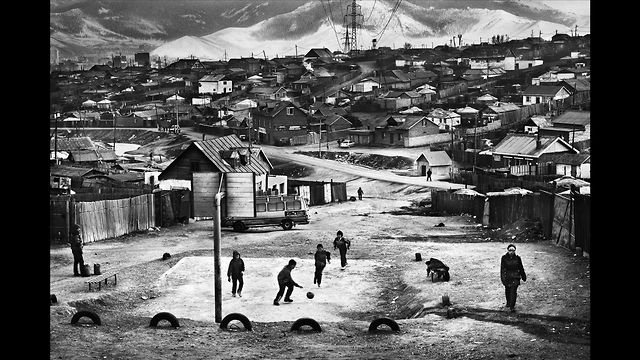 This week we’re trying something a little different for Monday Masters. Instead of all choosing the same master, we’ve each chosen a different master who we can look up and share something from individually. It was an idea I had to try and shake things up (it can be great to change for the sake of change sometimes) and to allow us to find something a little unique, while people don’t have to worry about if their master was covered before by someone else. It’s also a bit of a move away from focusing on Street photography masters as I have felt this move personally with descriptions of street photography being a bit worthless now and finding more genre’s of photography interesting.

Who is Jacob Aue Sobol

Jacob Aue Sobol is a Danish photographer and member of Magnum since 2007. He studied photography and grew up using a camera. He is a twin and often commented that he sought to develop his own identity through his work. He also seems to photography twins frequently, perhaps influenced by his own twin.

His first photography of work was Sabine, where he moved to a remote village in Greenland and lived as a fisherman and hunter, photographing as he went along. His work here stemed from his rejuvination of photography when he fell in love with Sabine. He stated that he hadn’t previously shot a picture for a year before he took his first photo in this project.

He has traditionally shot black and white, starting with film but recently moving to the Leica M (monochrome). He also uses a flash to get his harsh contrast style.

Why I chose Jacob Aue Sobol

When I first saw his work, I didn’t really like it. I saw why some people might like it, but I didn’t. Since then I’ve seen more of his work and I have started to enjoy it more and more. The intimacy of his work really intrigued me. How did he get these intimate photos, and I’m curious about if he poses his subjects and directs them or not. His use of black and white really stood out to me, although I felt Black and white could be contrite and a simple call to nostalgia, Jacob really makes me feel like the black and white draws your attention to what really matters and focuses your attention.