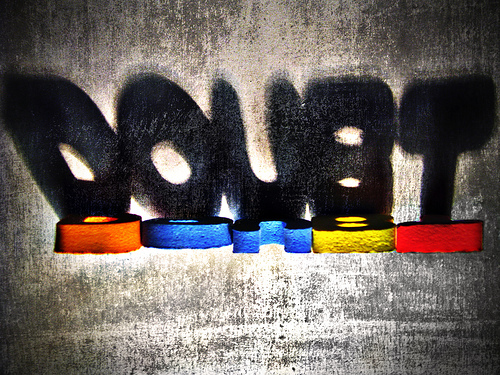 You are here: Home / Tools / How I learnt to stop worrying and just shoot JPEGs
Share6
Tweet
Pin
6 Shares

Before I start I want to be clear, this is probably bad advice for you. If you ask almost any photography expert they will tell you that shooting RAW is better than shooting JPEG and they are right. However, recently I’ve been shooting in JPEG and I really like it, so much so that I’ve (almost) stopped shooting in RAW and now shoot 95% of my photos in JPEG only. Here’s why I shoot JPEG

Editing on my iPad

This was one of the biggest factors for me. Unintentionally I had found myself using my iPad a lot more to do all kinds of tasks and my laptop less. This included photo editing (especially as some of the photo editing apps on the iPad are really fun and simple to use (sure they might not be as feature full as Lightroom, but they contain all the elements I need to get my editing done.) This matters because…

The iPad changes RAW to JPEG to edit anyway

The iPad and iOS in general doesn’t support RAW (yet?)..well it sort of does. You can download RAW files from an SD card but then when you edit them, most apps convert them to JPEGS anyway. Some editing tools (like VSCO) don’t support RAW so they can’t edit your RAW files. Others change them to JPEGS so why bother with that step.

Shooting JPEGs mimics elements of shooting film. You have to consider your exposure because you won’t just be able to move your slider and suddenly reveal a tone of details in the blacks. It forces you to think more about getting the shot right in camera, and once you’ve finish, you’ve got a shot to share. Sure you can still dodge, burn and edit in other ways like you can with film, but JPEGs encourage you (well they do to me) to edit less.

If you get your shot wrong, you just have to let go

This might sounds a strange argument for JPEGs but if a shot goes wrong with the exposure, you’re not going to be able to save it. I’ve had this happen with a few that were overexposed and the highlights are still blown. To be honest they’d probably be the same in RAW but knowing it happened in JPEG meant I just accepted that. In fact, I kind of like the effect that result from that over exposure.

When using an SD card, JPEGs take up less space than RAW files. This doesn’t matter that much on a single day of shooting, but recently I was on the Camino de Santiago de compostela and I couldn’t clean up my SD cards until I returned some two weeks later. Having that extra space helped.
Plus it means the files take up less space on a hard drive and cloud storage.

Fuji RAW files might not be so friendly with Lightroom, but the Fuji conversion process to JPEGs in camera is great. The film simulations (espeically Classic Chrome, and the black and white filter sets) are really good.

JPEGs can be read everywhere

I accidentally set my camera to JPEG…and didn’t realise

The main reason though is that I had my camera accidentally in JPEG for a while and I didn’t notice. I was shooting in a fairly similar way but could edit them on my mobile devices more easily. I did a similar sort of editing (minor exposure correction, burning, dodging, etc) as I would in Lightroom with RAW files but on my iPad. This event convinced me that I didn’t need a more complicated system and could shoot JPEG not RAW.

4 Reasons why you shouldn’t shoot JPEG

With all that said, here are the main reasons you probably shouldn’t shoot JPEG but should shoot in RAW.

1. You can restore more with RAW files

RAW files have more data and they help you To restore or save more details of your photos. This makes them much more flexible with white balance, hue, exposure, contrast and so on.

2. You don’t have to worry about exposure (as much) with RAW files

The biggest mental benefit of that is you can not worry about your exposure as much and focus more on composition. When you are out shooting street you want to focus on as little as possible and only have to worry about capturing the shot. When you have to fiddle with a tone of dials you are adding more thinking and slowing yourself down. That may result in missing the shot.
By making it possible to get the exposure wrong in camera and then correct it later, you arehelping yourself on the streets.

I’ve found that VSCO filters and Fuji JPEGs don’t play so well together. Sure the work but it’s like adding two sets of filters on top of each other. You end up over editing. Using RAW allows you to remove that simulation from the start and get a more accurate rendition. Of course this is only true on the desktop and honestly, the Fuji film simulations are good enough for me.

There are certain file formats which have non destructive editing. What this means is you can make changes to files and these edits don’t affect the basic data in your photo making it impossible to roll back. Lightroom for example uses RAW with DNG files so that you have a history of edits which you can roll back any time and be left with the same starting photo.

Since I switched to JPEG I noticed an article from Eric Kim (I intentionally didn’t read his till I had finished this post) and heard Valerie Jardin on Street Focus explain why they were mostly shooting in JPEG now rather than RAW. This makes me feel more confident about the decision I’ve made but I’d love to know about you.

Do you shoot JPEG or RAW? Why?