This is the third part in my recent mini series of Photographic trips to different cities and insights that I had in each place. After visiting London and Cambridge, this last part focuses on street photography in Berlin, Germany. I had decided to go back home to Krakow via Berlin as I had been trying to go to Berlin for a long time, after meeting Oliver Krumes at an Eric Kim workshop, and had put off going for several months, I decided that this was a great opportunity. One of the main reasons I had avoided going to Berlin was that there aren’t too many easy and quick routes to Berlin from Krakow.
AirBerlin does fly directly to Berlin from Krakow but the tickets I was looking at were very expensive. In the end my solution was to fly into Berlin from London Gatwick (thank you EasyJet) and then take two train back (one to Warsaw and then one to Krakow. Although some sites seem to suggest there is a direct train, the train station doesn’t seem to believe there is and I can’t find any firm details). This turned out to be half the price of the plane ticket and had the bonus of taking a train journey!

In the end I spent two days in Berlin and got to shoot with not only Oliver but also Martin Waltz who was my master on the Arcanum back when that was cool.

The next day we set off (after a hearty breakfast). We started at the East side gallery and I instantly caught that Oliver was rarely bringing his Fuji to his eye but instead used the LCD a lot. I used this technique a lot around the remains of the Berlin Wall to merge into the tourist background. I took quite a few shots where I’d pretend to frame the photo and then bring the camera to my wrist and “check the lcd” but really line things up to take another shot with a subject in the frame. It worked pretty well. 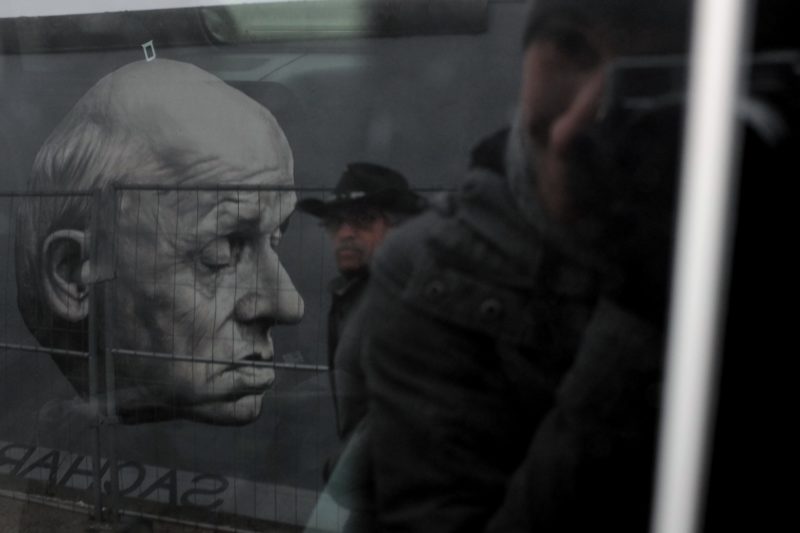 Oliver quickly picked up on the windows of the cars around and we both started trying to make the most of the frames and reflections that were being created by them. After a while we went on to Ostkreuz station (which was close to my hostel) and we started working with the light and shadows there. They have these two GIANT windows which make great large soft light surfaces. Handy. Silhouettes aren’t my natural instinct but that’s the great thing about shooting with someone else, you can try things you don’t normally go for. 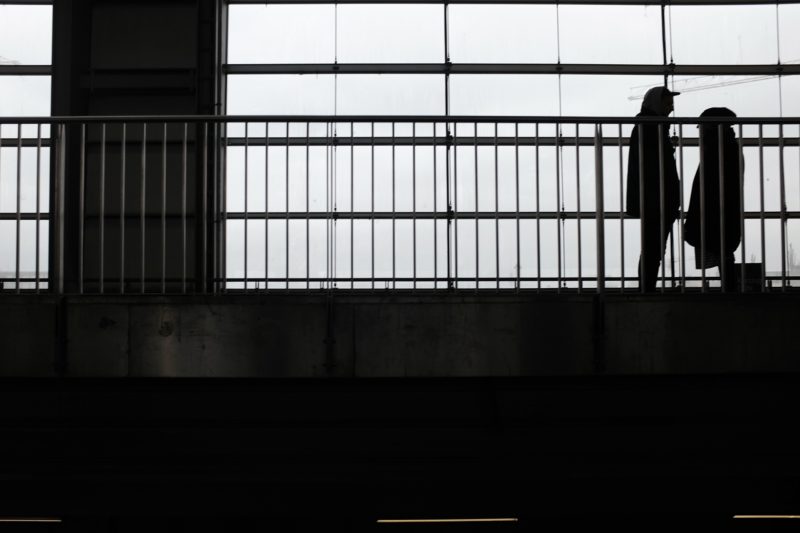 After that we started walking down some different roads (honestly I have no idea what these streets were. They were in a pretty trendy area). After a while we stopped for some lunch (more Vietnamese). After refuelling we set off towards Alexanderplatz (the long way) where I was meeting Martin later. We came across some interesting architecture that we tried to use and more light in subway stations that made for interesting photos. It wasn’t the warmest nor brightest day so finding these little spots helped a lot.
After a little while longer we came to Alexanderplatz and it was time for Oliver to go.
The main lessons I learnt from his style of shooting was to make more use of my LCD and try more reflections and shooting through windows. Especially in these spots like the east side gallery where everyone goes.

By the time I came to shoot with Martin, the sun had set. So there was only one thing to do. Shoot with flash!

I had my Fuji ef-x20 with me (though I had dashed back into the hostel earlier to pick it up as I had forgotten it) and with it set in N mode, I decided to try shooting some off hand flash. Martin was using a Ricoh GR (II?) with a flash trigger and youngou flash. Something I discovered quickly is that if you are shooting in slave mode and someone else is also shooting flash, then your flash will be triggered by their flash. As such I had to cover my flash filter at certain moments to make sure that I didn’t get triggered by his too!
After a couple of minutes of overexposing shots (partially from shooting on camera with TTL and off camera set manual) I did some guide number maths and worked out my correct settings (1/16 of power, ISO 800 f4 manual focus set to about 2.5 meters and shutter speed adjusted as I liked) this worked well and got the exposure much closer.
One of the things that shocked me the most (being someone who hasn’t shot too much flash on the street) was that people didn’t react as much as I expected. Many people didn’t even seem to notice that we had taken their photo (turns out 1/16 isn’t that bright or disturbing). Also, I noticed Martin was shooting most of his photos with the flash down low and pointed up. This provided me with a more subtle way to shoot rather than the scary bear post of off camera flashing with both hands held high. I put the flash on my elbow below my camera and worked with that a lot.
Overall it was a good experience and I can certainly recommend that you should shoot flash with someone else when you are getting used to it, especially as you can test your flash settings on them!

My experiences in Berlin yet again had very positive responses to being photographed. This is probably as I was in a lot of touristy spots, but tourists reaction in Krakow have seemed worse to me. Furthermore, we weren’t always in the most touristy of spots. Places like Ostkreuz station certainly weren’t touristy. However, in the more rough areas, I was less keen to be invasive and stood back a bit. They were pretty obvious areas so I wouldn’t like to give a blanket statement that it is a completely safe place (in the same way that London varies greatly and if you go up to someone who is drunk, they might react differently to a tourist.)

The food (and coffee for that matter) in Berlin were fantastic. I found that the Vietnamese was particularly great and there were plenty of option around to try out. I don’t think anyone had told me that Berlin had such great food but it certainly does.

Just the tip of the hipster iceberg

Unlike my last two trips, I spent a lot more time shooting and I was specifically meeting two streettogs to go shooting with them (and explore the city). In truth I didn’t see that much of the city, especially not many of the cultural sites or tourist places and so I’d definitely like to head back some other time and explore more of the city and take some more photos too.
If you’re looking more sites to check out, I’d recommend Martin’s 7 best places to go shooting in Berlin. He does a much better job than I could ever do.

Have you been shooting in Berlin? What advice do you have?